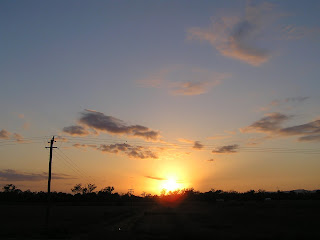 My first experience with a multi-lap duration race was the 6 hour at the, now defunct, Kooralbyn track in 2006. At the end of which I have hazy recollections of writhing around on the ground as every muscle in my body simultaneously cramped. Needless to say I have avoided these types of races ever since. Until now...

The Dell XC 6-hour piqued my interest as it was a new course (just outside Warwick) and a new race promoter which is worthy of supporting in itself. It was a while ago now so it’s difficult to go into detail but it was one of the best organised races I have attended and a super-fun course. The best bit of multi lap enduros is that you don’t just go into the bush, ride by yourself for 6 hours and cross the finish line. There are always people passing you and being passed so you’re never lonely! I felt really strong for this one which was fortunate given the amount of climbing – it was deceptive though as you were too busy enjoying the single track to notice much until around the 5th hour. Winning was great but it predictably was accompanied by the previously mentioned spasming which is very unbecoming!

After deciding that the 6 hour was about 2 hours too long I rocked up for the 4 hour at Karingal, near Sirromet winery. Quite a hot and humid day took its toll and with the course being situated in a valley there was hardly a hint of a breeze. I was a bit tired going into this one and decided that a 4-hour was about an hour too long! After one of the laps I had a bit of a snooze in the feed zone and contemplated remaining there until the end. Dragging myself up I managed to punch out a couple more laps to take the win. Another fun track if only someone would turn down the thermostat!

I’m not sure my plan to race myself fit is working but it was terrific to race locally again, something I have not done much of in the past year. It’s nice to be social occasionally without the pressure of a national/world title hanging over your head. These races are also much easier logistically as you don’t need to pull in favours from friends/family/strangers parents to feed you – just drop your esky in the feed zone and pick up what you need as you roll through. Sweet!
Posted by Jodie Willett at 7:19 PM No comments: