On Easter Sunday I kicked back with a cooling cider in my hand and thought “ I wouldn’t be anywhere else in the world”.  Yes, I could barely hold said cider after the pummeling my hands received in 150ks of the Hiddenvale trails.  Not to mention the tenderness in the saddle-area which meant I was ‘kicking back’ in a most awkward manner.  Dust was seeping out of my tear ducts and my apparent lack of kidney activity was slightly concerning.  But here I was surrounded by kindred spirits who had not just voluntarily submitted to the punishment of a 24 hour race, but invited their families along to camp over the long weekend and watch their beloved’s physical and mental decline.

After winning the 24 Solo at Hiddenvale a few years ago I accepted the invitation (read: dare) from Luke Lucas to partner him in a mixed pair.  Half the time, half the pain was the rationale which proved incorrect in the end.  I’d say there is a threshold around 7 riding hours when you are experiencing all the discomfort that is humanly possible and any further riding maintains the status quo rather than exacerbating it.  At least a solo effort keeps you occupied, whereas the alternate lap strategy we adopted left me with a whole hour to anticipate the agony…I mean look forward to the sweet trails.  The allure of a scalding, cleansing shower is there, which, once taken, discourages the replacement of chamois on swollen cheeks and sweaty helmet on tired head.

Doing the team-thing is a hell of a lot more social though and I was adopted by two 4-person teams, the MAMILS and Sleepless In The Saddle who had a very professional setup and a ‘never say die’ spirit which saw them send a rider back out on course with only 18 seconds left in regulation time.  Swapping stories, trash talking and fantasizing about post race food and beverage consumption – this is what 24 hour teams racing is about.  The rest of the time was spent hanging out at Luke’s Kona team tent near the start line, waiting for the timing-chip toss.  Our race plan was ‘fluid’ with our night laps going from 4-lap stints, to two, to three and finally to “I’ll see you sometime after 6am and good coffee”.  Grabbing a few hours kip in the back of my Honda Jazz I fashioned a bed out of a sleeping bag, yoga mat and some rolled up clothes for a pillow.  Possibly not a use the vehicle engineers considered when installing fold-flat seats.

We had accumulated a good lead meaning extra laps were unnecessary but it didn’t feel like a proper 24 hour without some laps in the morning.  I was surprised at how good the legs felt climbing up the Escalator trail and thought I might have more in me.  Unfortunately my hands, already feeling the hurt from a big week doling out massages, packed it in after 9 laps leaving Luke to smash out our final lap and claim victory.

Lowlights:
Unforgiving XC grips
Running out of chamois cream at 7pm
The sighting of not one, but two snakes on track during the night laps

Just a fantastic event and am disappointed I didn’t bring my daughter as there were plenty of kids making use of the jumping castle, doing the kids race and just generally getting around the wide open spaces on their dirt bikes.  More of it!
Thanks to sponsors:  Giant Bikes, For The Riders, Ride Mechanic, Shotz, NS Dynamics, SRAM, Schwalbe & PCS Coaching. 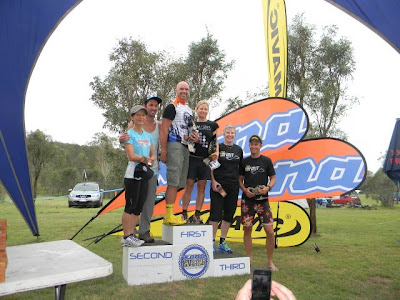 Posted by Jodie Willett at 10:11 PM No comments:

Reflection on the ‘race that was’ is always a mix of ‘could have; would have; should have’.  Fifth at National XCO Titles was not what I had hoped.  When I say something like that I am aware that for many people it is more than what they dream of so that always makes me cautious in expressing disappointment.  The racing, for me, has always been the reward for all the hurt and fatigue in training.  When I think of all the times I smashed out a massive ride in the morning and then spent the rest of the day massaging other people at work while my legs screamed at me to lie down – well, I’d hoped for a better result.

When I crunched the numbers though, it was still a solid ride.  In the measure of ‘time behind the winner’ it was similar to my bronze medal ride last year, but other riders have stepped up a gear and brought their best form to Nationals.  Like I tell my clients – you can’t control it when others are riding well, you only control what your legs can put out on the day.   Some more high intensity work for me wouldn’t have gone astray.  I lacked smoothness on the rhythm sections of the track but with the wild weather in QLD over the summer, time on the MTB had been scarce.  Could. Would. Should.

The course itself was a lot of fun and contained most of the 2009 World Championship sections.  Some more open climbing and passing opportunities would have been welcome but given that I didn’t make it up the pinch climb of ‘Cardiac Arrest’ one single time during the race, I can’t complain about the lack of vertical ascent.  Having to remount with fuzzy vision, gasping for breath and fumbling with my cleats at the top, split seconds before the infamous ‘Waterfall’ rock descent made for an interesting challenge, resulting in one roll down completely unclipped (mental note – heels down! Heels down!).

With no respite the technical climb then started with numerous rocky obstacles required a front wheel lift or huck, right when I was on my limit and really had no huck left in me.  It was here I was disappointed to lose time through stuffing up several sections I had ridden smooth during practice.  Cruising through it in training and hitting it at race speed are two different things.  I tell my clients this all the time and yet had neglected to follow my own advice (not for the first time) and do some race pace efforts.  Taking the B-line on Hammerhead seemed like the soft option, but given that I’m not racing World Cups anymore I don’t feel the pressure to risk life and limb in every race.  I was heartened to see that the top 2 elite women weren’t taking the A-line either, proving that if you’re fast enough on the ‘up’ you can be a bit more conservative on the ‘down’.  Finishing each lap with berm after berm in ‘The Luge’ brought a smile every time, and some serious arm pump.  Who thought riding downhill could be so physical?

People come to the National Titles to challenge themselves so I applaud the course designers for providing that challenge.  Organisers try to balance that with the objective of making the competition accessible for the masses, which often results in ‘dumbing down’ the technical level.  That might be acceptable in participation events, but the National Champs should be HARD, and it should force riders not up to that level to go away for 12 months, work on their deficiencies and arrive at the next Championships more prepared.

I chose not to do the National (Read: Victorian/NSW) series and it may have cost me a little in race prep, but what it didn’t cost me was $4000 and time away from my family.  There may have been some noises made about 2013 being my last National XC titles.  It might be the case, but it depends on where the next champs are held and if that venue interests me.  What I am planning is to get off the roundabout of ‘having’ to do particular races to satisfy selection criteria.  I want to be a regular consumer of MTB sport and support the races that have appeal in terms of great trails, organisation and race format (hint: the eliminator will NOT feature in my program).

Thanks to all the Progressive Coaching Systems athletes who competed at Nationals.  Being involved in your journey was a highlight and added a new dimension to my race weekend.  Also to my sponsors: 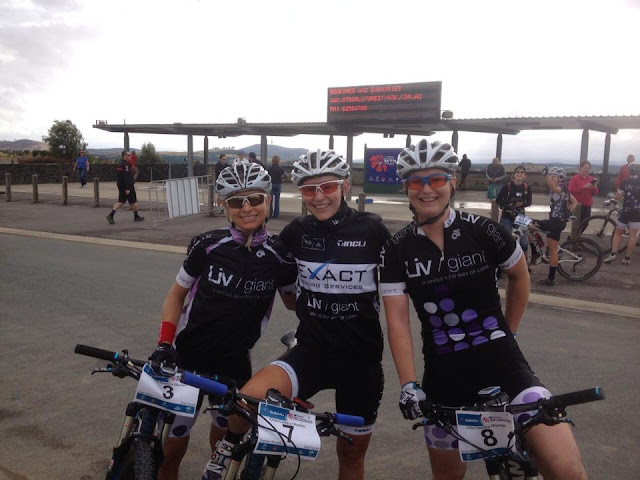 Posted by Jodie Willett at 8:24 PM No comments: