Should I go?  Or rather, do I want to go?  I’ve been asking myself that question for a couple of long unmotivated weeks now.  For months I’ve had my plan all worked out: local racing, National XC champs and then Cairns World Cup.  The reason for doing Cairns was that it would most likely be my last opportunity to do a World Cup, and having it in the city I was born and grew up in would be a nice way to go out.

I remember my first overseas World Cups where there would be a bunch of us just hoping to not get lapped out. (NB. If you are 80% slower than the lead riders first lap you are pulled out before the start of your next lap).  My last two races in Houffalize and Pietermaritzburg I managed to avoid the 80% rule but I quick check of my training diary reveals I was doing about twice as many hours on the bike than I do now.  In fact at my fittest I would average 20 hours per week leaving not much time or energy for anything else.  That doesn’t include bike maintenance, gym work, stretching and increased requirement for naps.

Right now I have a nice balance where I’m working full-time, feel like I’m being a reasonable parent to a daughter who now has a demanding schedule of her own and even get out for the occasional social event.  So if I’m not going to throw all that out, where does that leave me for Cairns?  I’d like to say my family would get the opportunity to watch me race but it’s unlikely they will come if it involves walking very far or up an incline.  I’ve established that they really don’t ‘get it’ so who am I racing for?  Travel for XC racing doesn’t involve a lot of sight-seeing.  You just see about 4km of trail repeatedly for 4 days, memorising every rock, tree root and corner, noting the gear required for certain climbs and places to drink.  Compare that to a marathon where I can turn up the day before, race then enjoy the area for a few days before returning to the real world.

While wearing my PCS Coaching hat I dole out a lot of advice to my clients that I’m not sure I’d heed as an athlete.  It’s created quite a self-awareness that I tap into more often as I question why I put myself through certain things.  Most of my clients are not out to win prize money or stand on a podium.  They just want to be better than they are.  One of my favourite mantras is “he who stops being better, stops being good” (OMG did I really just quote Oliver Cromwell?). I’m very aware that a lot of them would love to ‘suck’ as much as I do on a bad day.  It makes me think that I should finish what I started (as I told a rider last week), appreciate what my body can still do with the time I can devote to it and, basically, HTFU.

See you in Cairns. 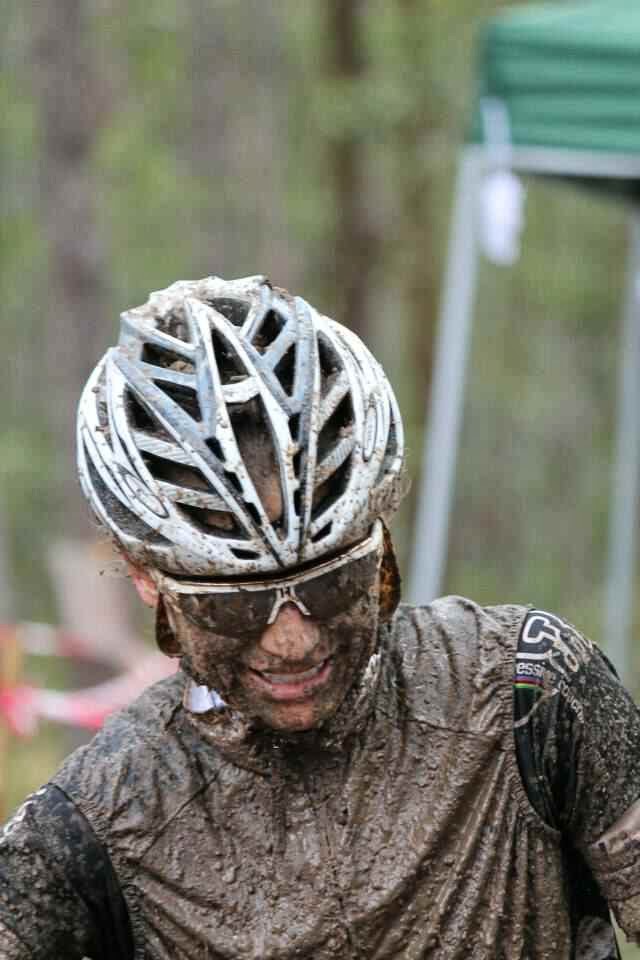 Missing the podium by 5 seconds leads to many moments of reflection as to where I could have found them over the course of a one hour and 47 minute race.  I liken it to my running days where comrades would miss the hallowed sub-three hour marathon by mere moments.  The realisation sinking in that they would have to put themselves through another ordeal attempting to achieve their goal.  Admittedly I swore that was my last XC National race several times during the endless climbs of Bright but I’ve said that in every XC, marathon and stage race where I’ve pushed myself to the absolute limit.  That’s what you say to yourself to justify the searing pain in your legs and lungs.  That’s the deal you make with your body to push a few more watts out: “Just this last time, I promise, and I’ll never ask you to do it again.  Okay?”  I lie to my body often. 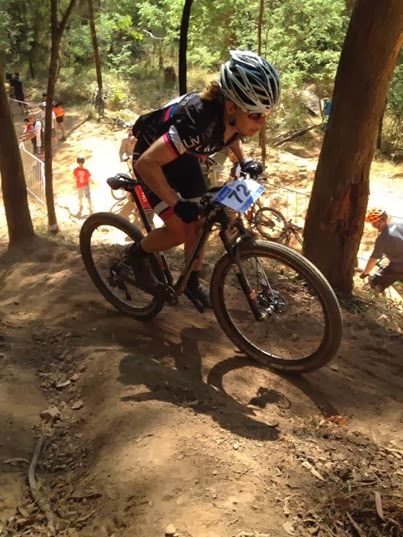 Last race or not, it was a cracker.  Yes the medals went to the top three but the real tussle was for fourth spot apparently, between Rowena Fry, Tori Thomas and me, with not even a plastic medal as recompense.  It was great fun though, actually racing, attacking, dying and then attacking again.  Sometimes riders end up quite alone in a MTB time-trial situation so it was amazing to have a carrot to chase and someone snapping at my heels the whole race.  The ability to flat-stick it on the short fire road climbs while disregarding the consequences once at the top, was what would win the day.  Not the most open of courses the Bright parcours demanded tactical nous and maximum wattage in short bursts. 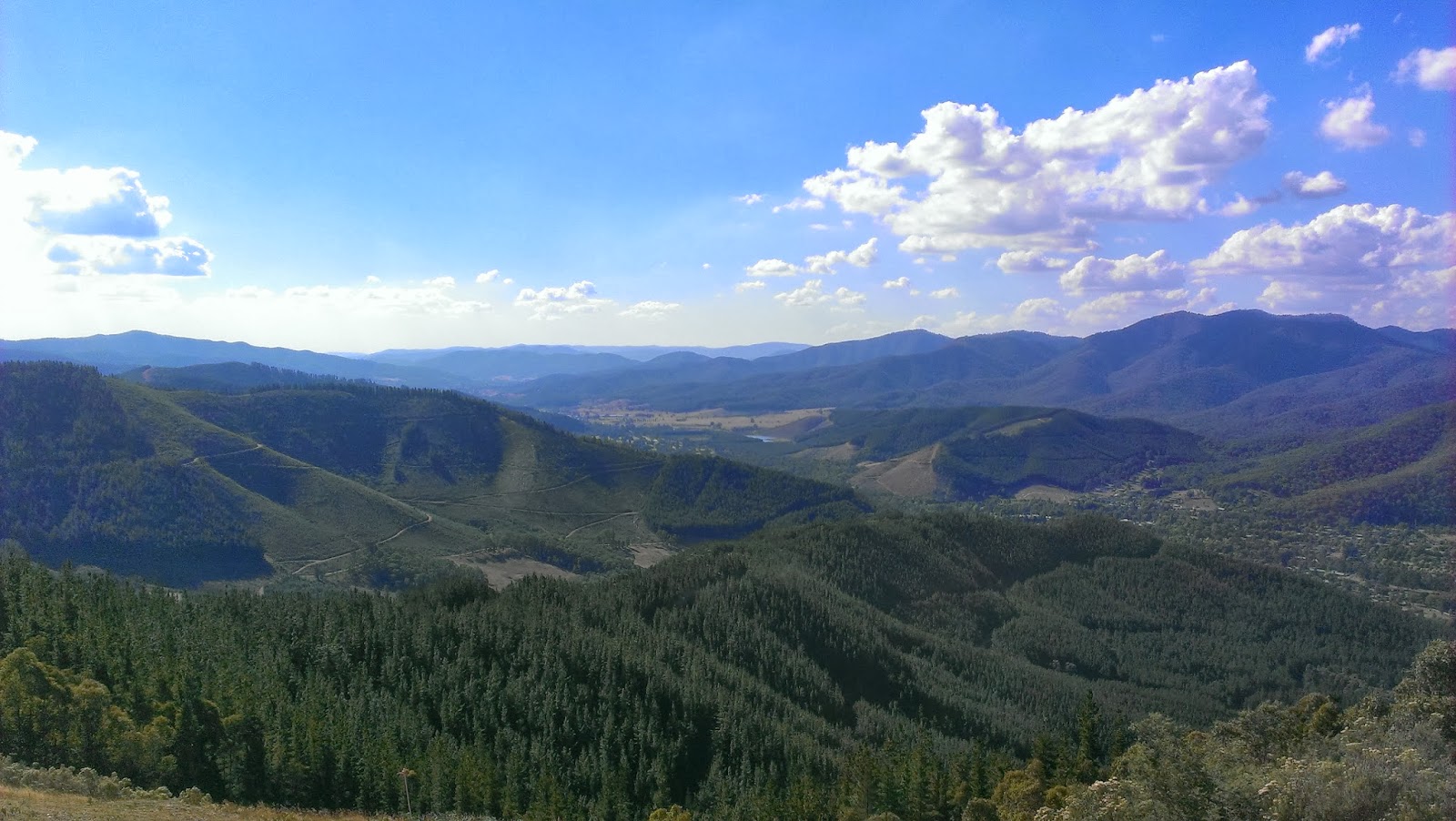 View from top of the Downhill course

While I missed the podium by seconds the real race for three Commonwealth Games spots was happening a few minutes up the road so I won’t lose much sleep over it.  I think it demonstrates the effect of professionalism of the sport where the top men and women are now able to make a living racing their bikes.  They’re not buying yachts for sure, but they are able to devote their lives to training and recovering which is a great sign for the sport in Australia.  Surely an Aussie World or Olympic Champion is not too far away.

It definitely will not be my last time in Bright.  What a pretty town with quality restaurants and coffee all within walking distance of accommodation.  The mountain or road biking in the area has been a popular choice with professional riders for some time and I think it’s time I booked a training camp.  Who’s keen??

A random clip of Trials...because it's cool

Thanks so much to Giant Bikes for the 27.5 Obsess.  It was super agile around the many twisty corners.  Ride Mechanic had my ride running clean and quiet as usual.  Legs were fuelled and hydrated by Shotz Nutrition. A few nervous moments at the down-hill tarmac start but the 30 tooth XX1 was perfect for the course - cheers Sram Aus. Maxxis Ardent Race and Ikons gripped like champions - cheers KWT.  And of course For The Riders, the most awesome shop ever and super-mechanic Shaun Hughes (okay I share him with Jarrod Graves, but that's kinda cool) who was on hand to do some fine-tuning.
Posted by Jodie Willett at 11:33 PM No comments:

To be honest I’ve been a bit bored riding about my own adventures when so many of my PCS Coaching clients are having their own.  Adventure by proxy?  It’s much cheaper and easier on my legs.

I’ve often been told if I could focus on just one thing I’d be dangerous.  Well that’s in no danger of happening now I’ve taken on the role of MTBA Vice President in addition to my usual mum/massage therapist/coach/writer jobs.  It’s been challenging and interesting so far and enabled me to see some behind-the-scenes action.  Being part of improving the management of MTB will be something to look back on with pride though I think.

After racing the first National Series round in Adelaide I knew what I needed to do.  Get faster – definitely get faster.  Balancing training, working and family life with jet-setting to Victoria every second week for the remaining rounds was unlikely to happen so I’ve staying in Brisbane while the National series was run and won.

Luckily, south-east Queensland has a booming club scene and there has been dirt criteriums and XCO racing every weekend for the last six.  It has been amazing turning up to see 200 local riders at an interclub.  Who says XCO is dead??  The secret has been to make the racing fun, cheap ($10 for MTBA members) and easy with early starts and self-seeding (grades A to D).  Racing against the guys in A and B grade has been fun and I’ve had some epic tussles with Masters hitter, Kevin Jones.  It’s still disappointing to not have more women backing themselves and racing A grade.

The exciting part of the last few months has been the continuing support of Liv/giant who have offered me the chance to be an ambassador for another year.  I’m staying away from road racing this year as a semi-protest against Cycling Australia’s shabby treatment of MTBA events but also due to one too many broken collarbone photos on Facebook.  Who knew there were so many sheep stations to race for at $10 crits?  It’s also an excuse to play with two amazing bikes this year: the Giant Obsess hard-tail and the Lust dual suspension.  The Obsess has already acquitted itself admirably in its first XC race and I look forward to pinning the Lust in Canada for the Singletrack 6 (the rebranded Trans-Rockies).  I might even have a crack at this Gravity Enduro deal everyone keeps banging on about. 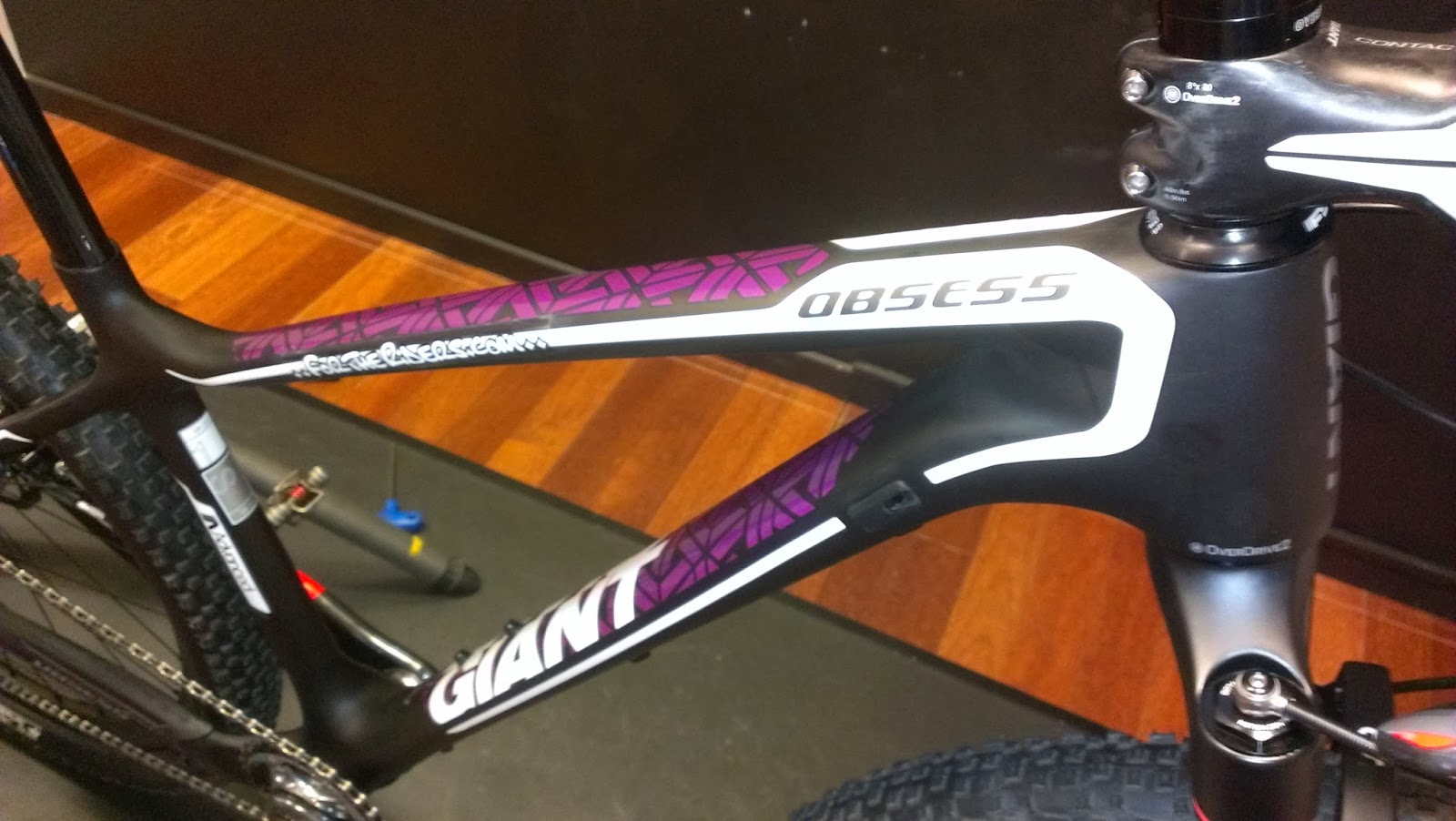 A new sponsor for 2014 is KWT Maxxis and the new rigs have already been shod in Ikon and Ardent Race goodness.  Showing their grip and durability at the Adare XC where there were many flats, I’m confident of a great season ahead with Maxxis.  I’m grateful for another year of support from Owen at Ride Mechanic who keeps me in the most amazing chamois cream (I will spare you all the details but it literally saves my ass), bike lube and cleaning products.  Here’s a secret, or not – I’m a slacker when it comes to cleaning my bike.  You guys who spend hours polishing your derailleurs – what the hell?  Who has time for that?  RM Bike Juice, Zalish, Avaqua and Bike Milk is a 10 minute job to get from muddy mess to sparkling machine.  This could be THE product for busy mums who ride!

I’ve been using Shotz nutrition products for 5 years now and am chuffed to be working with them again this year.  I recommend their products to all my coaching clients and am super excited to get new flavours.  Just one message to the product managers – don’t ever change the Protein bars.  EVER. 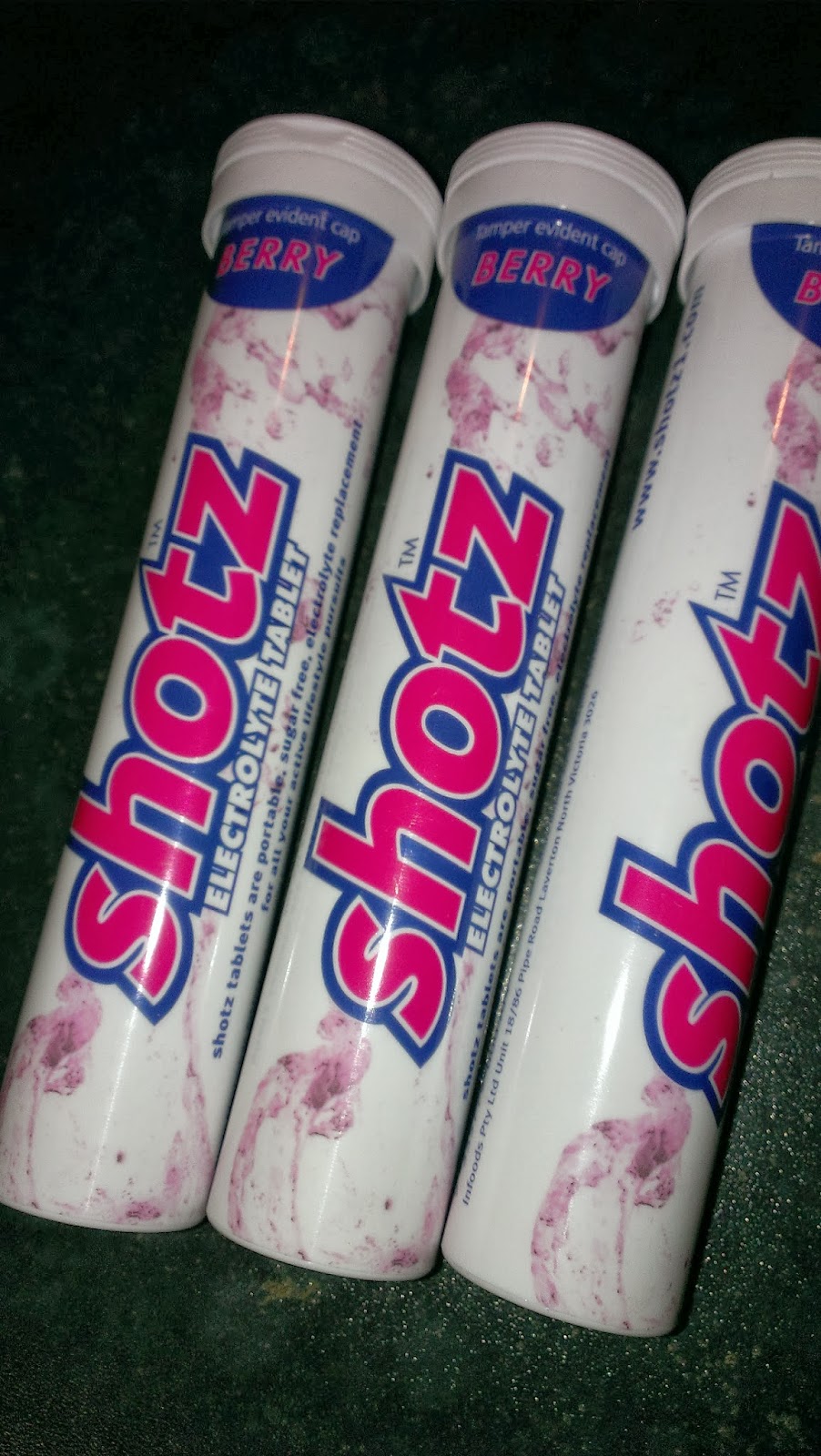 So here I am in Bright after some epic travelling.  A few laps of the course and it’s not what people would call ‘technical’ but with some tight sections in the pine forest and corners which kick around just a bit more than you expect them to it will challenge the riders at speed.  It’s just a really nice ride if you aren’t racing and it might be fun to stay in the area and explore some more trails.  I will withhold judgement of the entire town until tomorrow morning’s coffee foray.  How is my form? After a short stomach bug last week I’ve recovered well and it might actually work in my favour being forced to take an extra couple of days off the bike.  I will just sit back now and let the taper weave its magic. 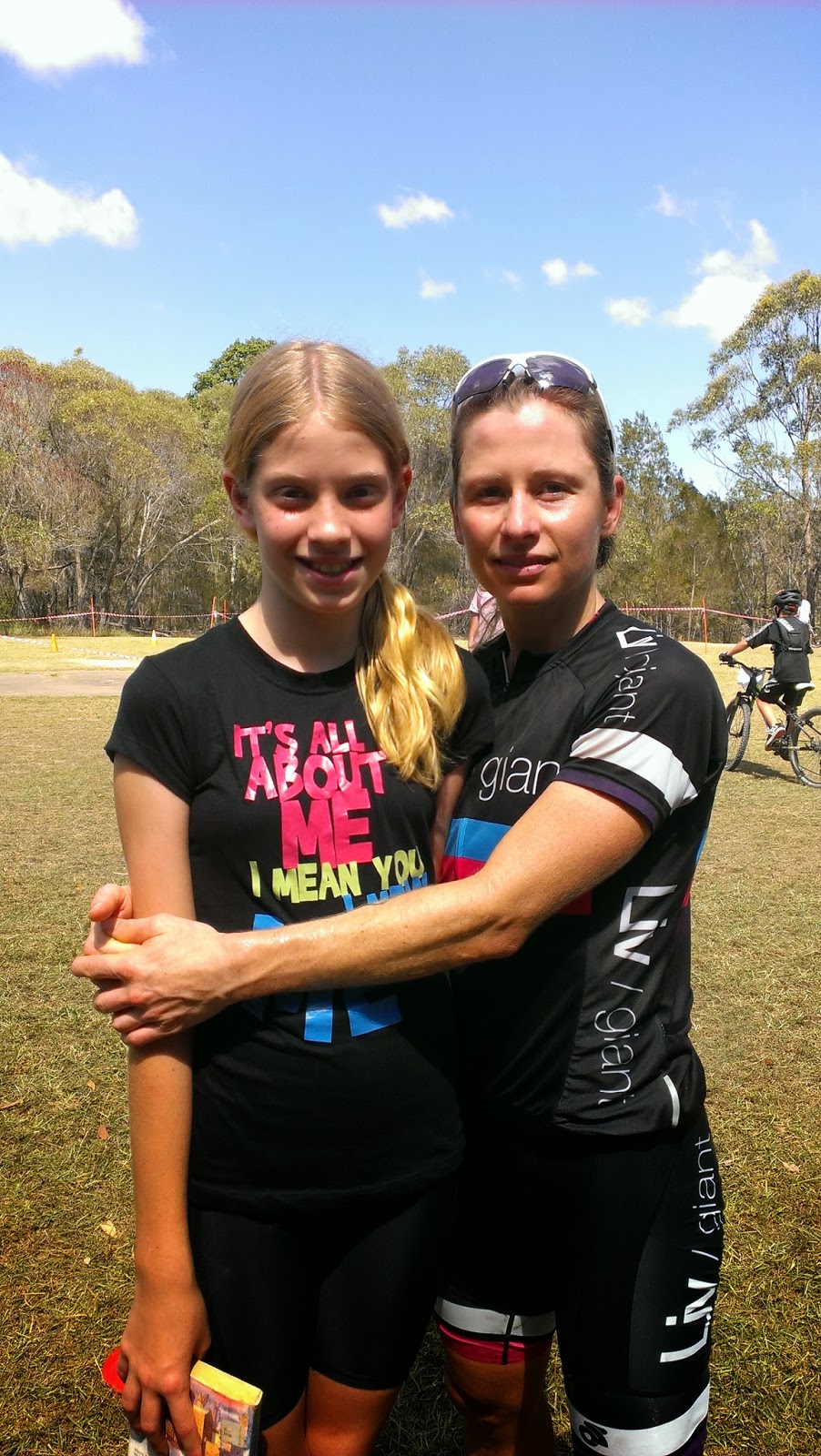 Posted by Jodie Willett at 12:32 AM No comments: