The thing most people say on first visiting a World Cup track is “Wow – it doesn’t look that big on TV”. Until you’re actually looking down the rock chute or drop off, you don’t have an accurate idea of just how gnarly it is and how skilled the riders are who make it look easy.  What I love about racing on World Cup courses is being pushed out of my comfort zone.  That little bit of sick I get at the back of my mouth before trying to ride something I’m not sure I will survive – I get off on that.  Which is a little weird.  But that’s what separates people who like to ride on the dirt, from actual mountain bikers.  The fact that I’m typing this one-handed (slowly) demonstrates that there is sometimes a price to pay for the rush of challenge and self-discovery.

I enjoy the progression I get as a rider from the first day I see a course (“How the hell am I going to get around this nightmare?”) through a few days of practice leading up to the race (“Yeah! I can’t believe I just rode that!”).  Discovering the track with other riders a sense of camaraderie builds as we swap line choices and help each other conquer technical sections.  After two days of practice in the pouring rain I was semi-comfortable and knew I could get around the course riding the B-lines (less technical lines but longer), but I don’t come to World Cups to ride the B-lines.  Doing course recon with Holly and Dave Harris I'd worked my way up to riding the ‘Croc Slide’, an intimidating rock face constituting the A-line, shaving a couple of seconds off a lap.  Entering that dangerous zone where my confidence was slightly exceeding my ability I decided to tackle the rock drop-in on the infamous Jacob’s Ladder section. 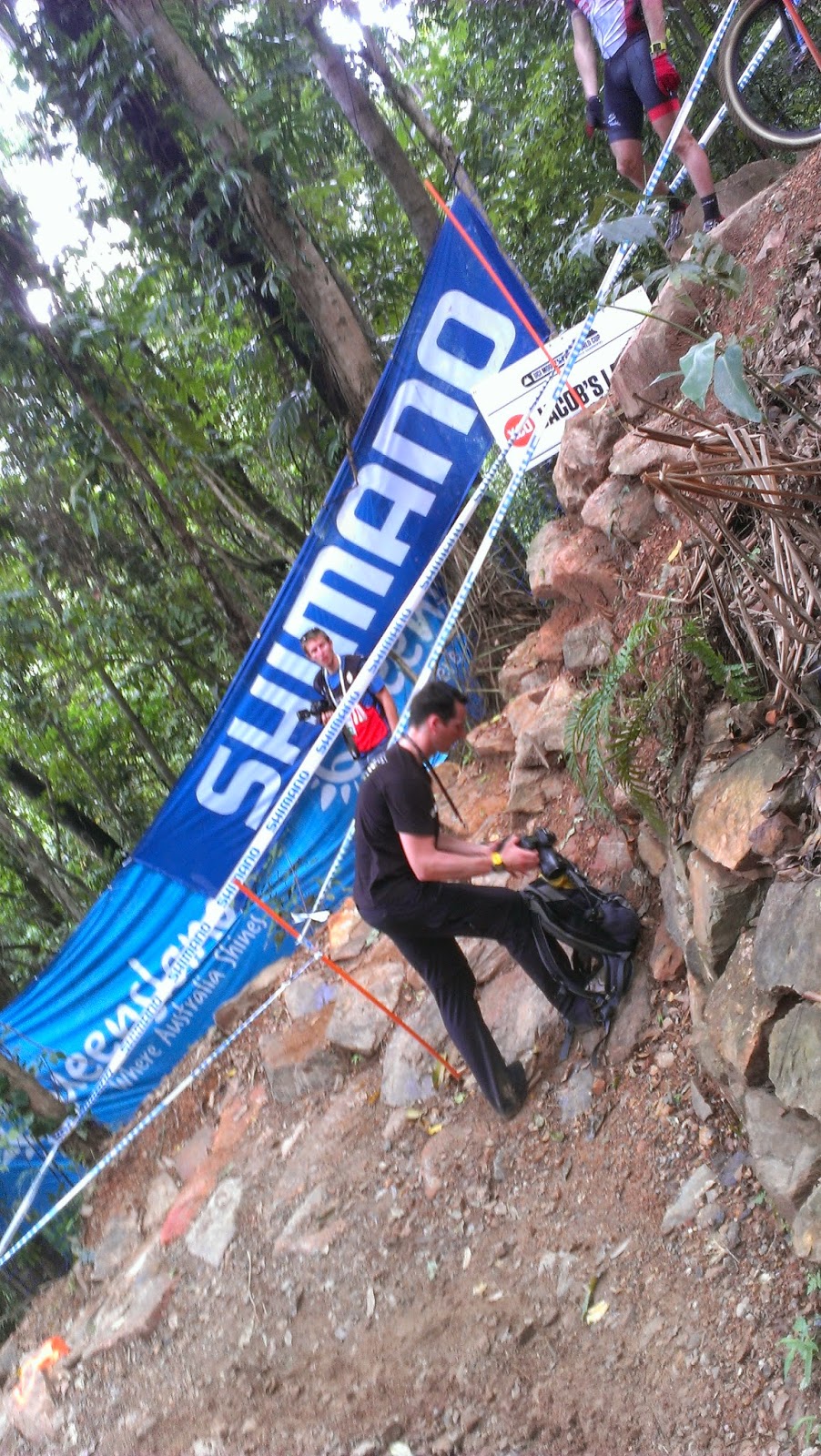 It’s hard to say exactly what I did wrong but the net result was me flying through the air and landing on some very unforgiving rocks.  My left hip and hand took the full impact, saving my face and my bike, which I think was a good choice.  Blinding pain overtook me in the way that I didn't cry, but could only sit very still as the blood drained away from my face and my vision started to get dark.  Dave held my feet up as I went into shock and the paramedics made their way up to me.  Laughter then ensued as I recognised one of them as a school friend from 20 years ago – the quirks of racing where I grew up.  More laughter was had once I was sucking on the ‘green whistle’ of pain relief and realised that while my hip was very swollen, it wasn't broken and I'd be walking out. 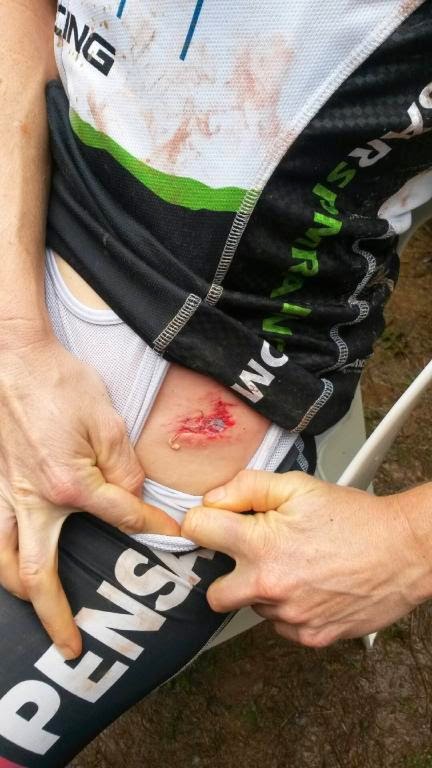 Back at the event centre First Aid staff were more concerned about my hand which I had assumed was just a little bruised.  Five hours in hospital later I was having the following conversation:

Doctor:  We can’t see a fracture but scaphoid fractures don’t show up on x-ray for a week so we need to put a cast on your arm until then.

Me: Well let’s say we don’t put a cast on (still thinking I would be racing) – what would happen?

Doctor: Your bone could die.

Me: So how important is this bone anyway?  Do I really need it?

Doctor:  If you intend to do anything with your hand in future, you will need your scaphoid. (Thinking: idiot!)

So I let her put a plaster cast on to humour her, thinking I’d take it off the next day when I felt better.  After a night feeling like someone was hammering a nails into my wrist I suspected the lady who went to medical school possibly knew better than I did. 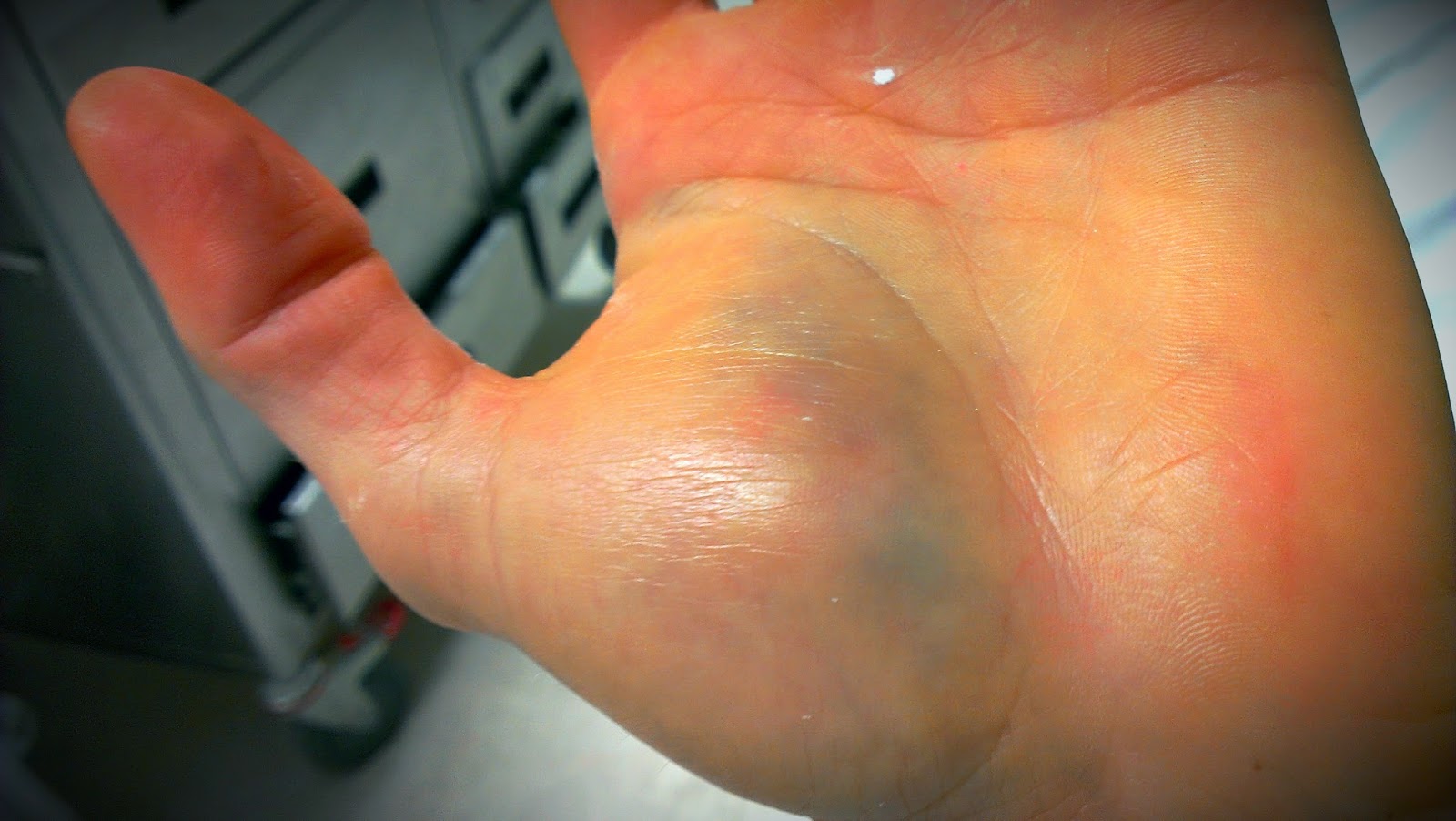 I’d had a lot of fun riding the course, extended my skills, proved I wasn’t a pussy by riding the A-line so initially I was only a little disappointed.  Watching the racing on Redbull TV though that gutted feeling set in though.  I would have loved to be out there and think I’d have done a decent job.  Some people have said I must think all my training was for nothing.  But the truth is I would have done the training anyway – I’ve always loved the training but have learned to love the racing.  Missing out on the opportunity to race in my former home-town was a blow, but I guess that gives me the perfect excuse to extend my World Cup racing until the next round here.  I missed one race and there will be other races.  Time to look towards www.singletrack6.com in July! 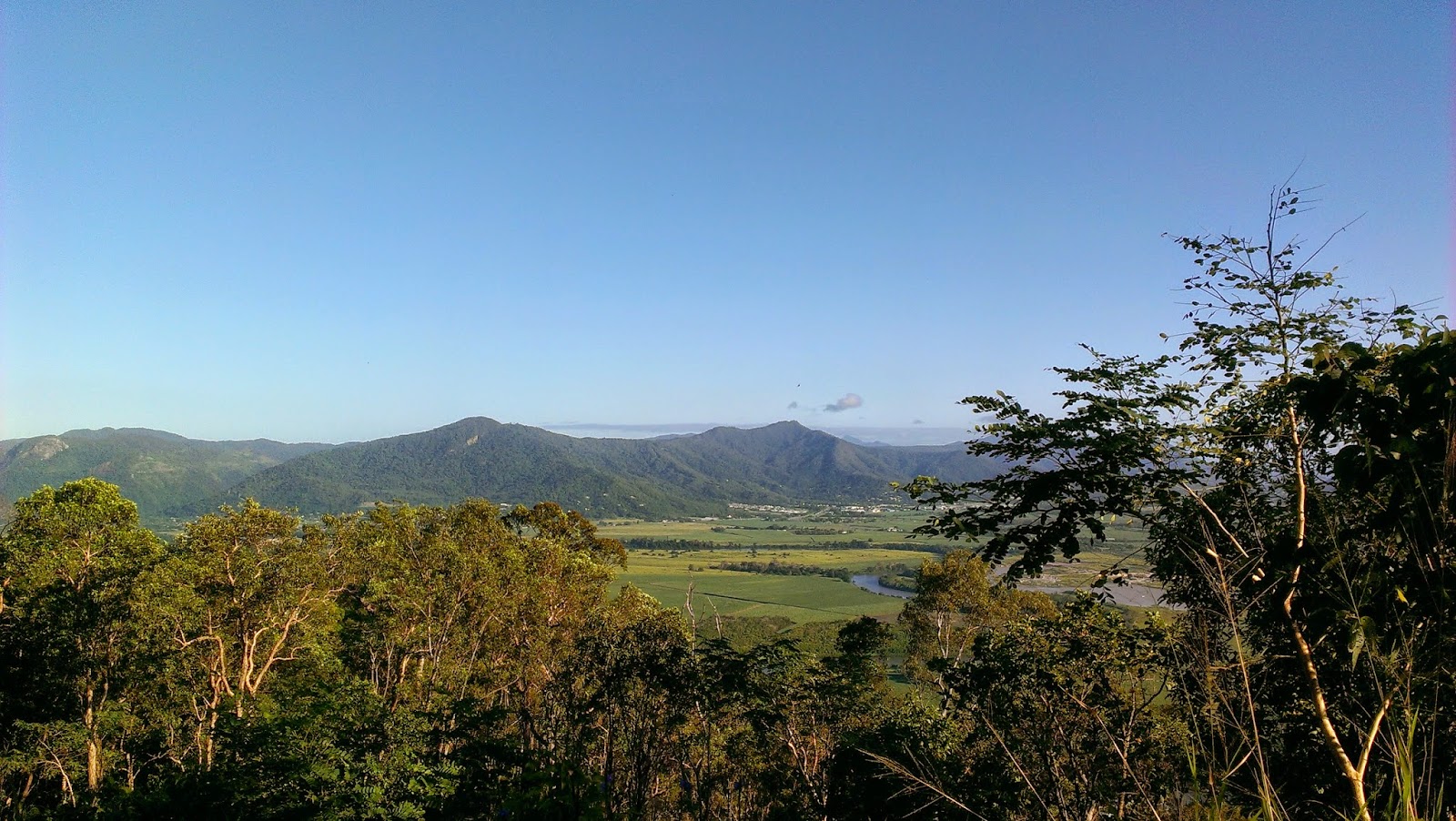 My training diary is very useful when analysing what went so wrong.  I’ve been battling the virus I had before XCO Nationals for 5 weeks.  Waking up every day with a headache which gets worse over the course of the day to a point when it hurts to look at my laptop screen or have the lights on in the house.  I’ve felt okay one day and trained then been completely wiped out the next day and wracked by muscle and joint pain.

Now you might think that feeling like that would be a no-brainer to stop training and racing.  That’s what the doctor thought when I fronted for a blood test last Monday but he clearly underestimated the stupidity he was dealing with, which is concerning as he usually works with professional footballers.  When the test results did not come back before the weekend I saw this is as fate telling me it was okay to race, or at least that I could plead ignorance of a confirmed medical reason to preclude me from racing.  It would be a tough course, my prep had been rubbish, but I’ve faced bigger challenges before and it’s turned out okay.

It wasn’t a good sign when my legs were sore and cramping before the race even started.  The pain in my chest I put down to scoffing my breakfast too quickly.  Head pounding as usual but at 8am it was already a baking hot day.  Surprisingly the first lap felt relatively comfortable.  Sitting behind other riders on the singletrack climb meant being forced into the group selected pace.  The second fireroad climb was brutal, loose and kept kicking up until it was faster for me to walk than ride.  I was gapped by the front three riders on the climb but caught up quickly on the technical descent and led out for the second lap.  I knew my legs were lacking power but if I could get into the singletrack first I could create time gaps on the descents to hopefully hold of the stronger climbers.

By this time my head was pounding despite drinking to plan and was making my handling sketchy.  Calf cramps were well advanced but I was trying to adjust my pedalling to deal with them.  Although the day was clearly hot I kept feeling waves of chills but it was when the chest pain set in that I became a little concerned.  I’ve lectured my coaching clients on the dangers of damage to the heart when racing with a virus (http://en.wikipedia.org/wiki/Myocarditis) and I began to worry about what I might have done to myself.  I have history in this area and once trained feeling ‘off’ and ended up in hospital 12 hours later with liver and kidney shut down.  Apparently I am not the best judge of my body’s limits.

Dropping back on the second climb again but confident I could catch back up on the descent I was brought to a halt by escalating chest pain, stabbing pain in my head affecting my vision and the desire to eject my last gel from my stomach.  In the middle of the forest, alone, not knowing if I was about to collapse I decided the race was over and it would be best to find the quickest way back.  Soft pedalling along the trail and stopping to lean against trees I met up with another rider who was also pulling out.  She stayed with me until I felt able to keep creeping along the trail and we continued a relatively enjoyable trail ride realising this racing thing might really be ruining a nice day.

Meeting up with the ambulance in the main clearing I was told in no uncertain terms to get in the van where they hooked me up to a bunch of leads and took some heart readings.  Nothing too unusual other than, unsurprisingly, I have a thick, muscular heart.  The tightness and pain kept coming in waves and was more likely all of my intercostal muscles cramping and constricting my chest.  A wave of nausea hit but I realised I was just car sick from being in the back of a four-wheel-driving van.

I can’t say I’m too disappointed as Mt Joyce was a race I entered at the last minute without too much expectation.  The concern lies in wondering where to go from here.  Having finally made my decision to do Cairns I am hardly in World Cup condition and have no idea how long it will take to kick this virus.  One thing is that I refuse to do is keep flogging a crumbling immune system leaving me unable to ride, and taking away from quality time with my family and friends.  Health has to come first – always.

Thanks and apologies to my sponsors that I couldn’t get the job done this time: Giant, Ride Mechanic, Shotz, For the Riders, Sram, KWT Maxxis. 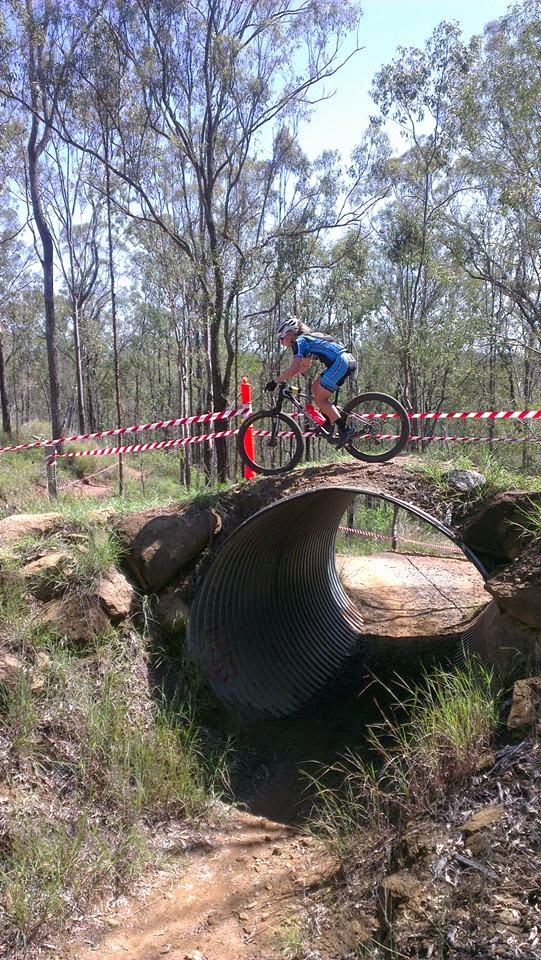