The term ‘best ever’ is used too liberally at times.  When I talk about the 2014 Transrockies ‘Singletrack 6’ stage race, I will be using it often – but I will be dead serious.  I almost didn’t write a race report, as there is no way to really do the week of racing mountain bikes in the Canadian Rocky Mountains justice.  If Transrockies Events can dish up this standard of parcours each year then the Singletrack 6 will supersede the BC Bike Race as Canada’s premiere mountain bike event.

The setting – think of every postcard picture of Canada you have every marvelled at.  White cliffs of Nipika, lush greens of British Columbia forest, the surreal pastel blue of the rivers.  Some days it was difficult to keep my eyes on the trail, I was so desperate to take in the landscape.  Classic BC singletrack lined with loam, strewn with conifer nettles and snaking tree roots.  I culled many photos I took at the beginning on the trip as their splendour was surpassed with each passing day.  The culmination was the day AFTER the race riding the trails of Frisby Ridge.  Feeling like we were at the rooftop of the world, surrounded by snow-capped peaks and wild-flowers, before an incredible 50 minute descent on some of the best trails of the week. 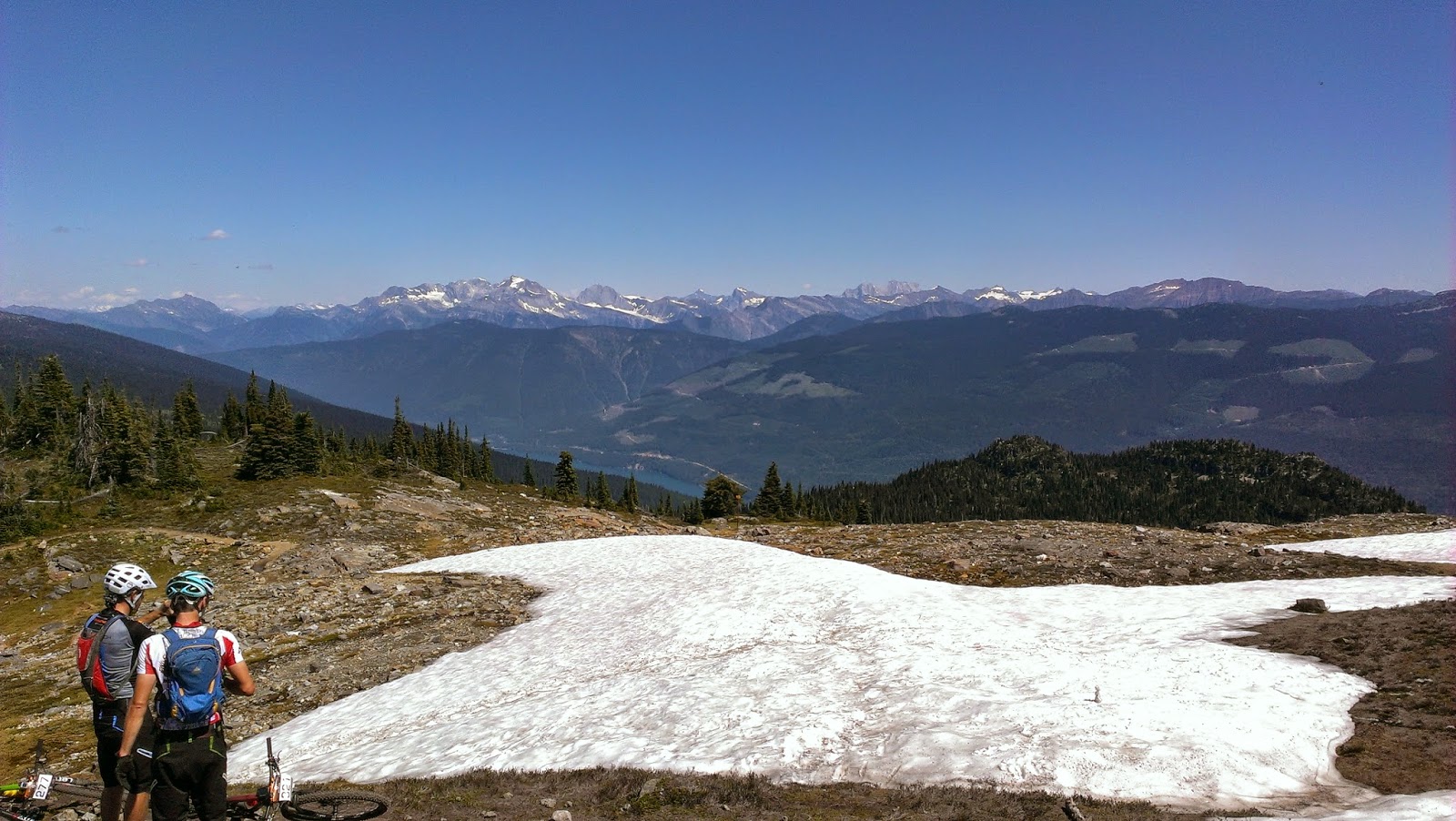 Top of Frisby Ridge - still snow on the ground at the height of summer.
Belgians on left wishing they'd brought beer.


The team – it was solo racing for me this year but south-east Queensland MTB stalwart Pete Winfield agreed to share transport and shelter with me.  It’s fair to say we now know each other a lot better as pretences were stripped away as the days of racing wore on.  Moments of fist-pumping followed by those of extreme emotional fragility are par for the course.  We endured and prospered, united.  Even those two small ‘incidents’ we had in the hire car have been put behind us.

The organisation – revising the point-to-point structure of the previous Transrockies event has improved it immensely.  No one wants to be relying on a support team to meet them at a distant finish line these days.  You can do it a few times, but I guess it wears thin quickly.  Booking motels in each town was a breeze and, although we had a car, it can easily be done without one as the race provides for transfers when the show moves to the next town, in addition to a later start time to avoid hideously early mornings.  Did I mention the food?  Fresh, tasty and it satisfied even someone with my strange requirements (gluten-free, low lactose).  Sharing the evening meal was a way to catch up on the day’s events, check if you had made it into the daily photo and video collage and get details on the next day’s stage.

The company – 19 nations of racers were represented.  Pete and I were adopted by some Belgians which lead to more beer than I’ve consumed in the previous 10 years.  There was also a smattering of ex-pat Australians, and everyone’s brother or mate worked in a bike shop at a town we would be passing through, so we would never be short of riding guides.  The competition was tough, but given there was no prize money on the line, it was also good natured.  Battling it out with 4th placed Cath Williamson we laughed at what we’d put ourselves through on a stage for a pair of socks.

The weather – cloudless blues skies greeted is every day and the temperature rose steadily into the low 30s.  Similar to Cairns but sans the humidity.  Given that the locals constantly remarked on it, I’d say this is atypical for the region and we just got incredibly lucky.  Despite jaunting around in a bikini post-stage the furthest into the water I got was upper thigh.  Glacier-fed rivers and lakes are still frigid on the warmest of days. Gratuitous non-race pic of Moraine Lake.  I'm sure you don't need to ask why.


I learned that the Canadian term “that’s all the climbing done” has absolutely no shred of truth to it.  Also, when assessing stage profiles, a Canadian kilometre converts to approximately 1.5 Australian kilometres and nutrition needs to be planned accordingly.  Hunger-flatting during an epic descent certainly added to the excitement when no addition was required.  This year’s race really showcased the Rocky Mountains in their full grandeur and I’d consider them equal to any I have seen of the European cols.  As a red-blooded mountain biker it would be difficult to consider living anywhere else in the world due to the quality of trails here and the way the small communities like Golden and Revelstoke have embraced the sport.  It’s impossible to describe how good the single-track is here, it just has to be experienced.  On every day though Pete and I found each other at the finish line, just shaking our heads, hugging and repeating the phrase “Oh my god. How good was that?  HOW GOOD WAS THAT??”

The only reservation I have about returning to this race is the risk of disappointment that the following events could never match up to this years.  Could it possibly get any better than this?  I guess I could risk it… 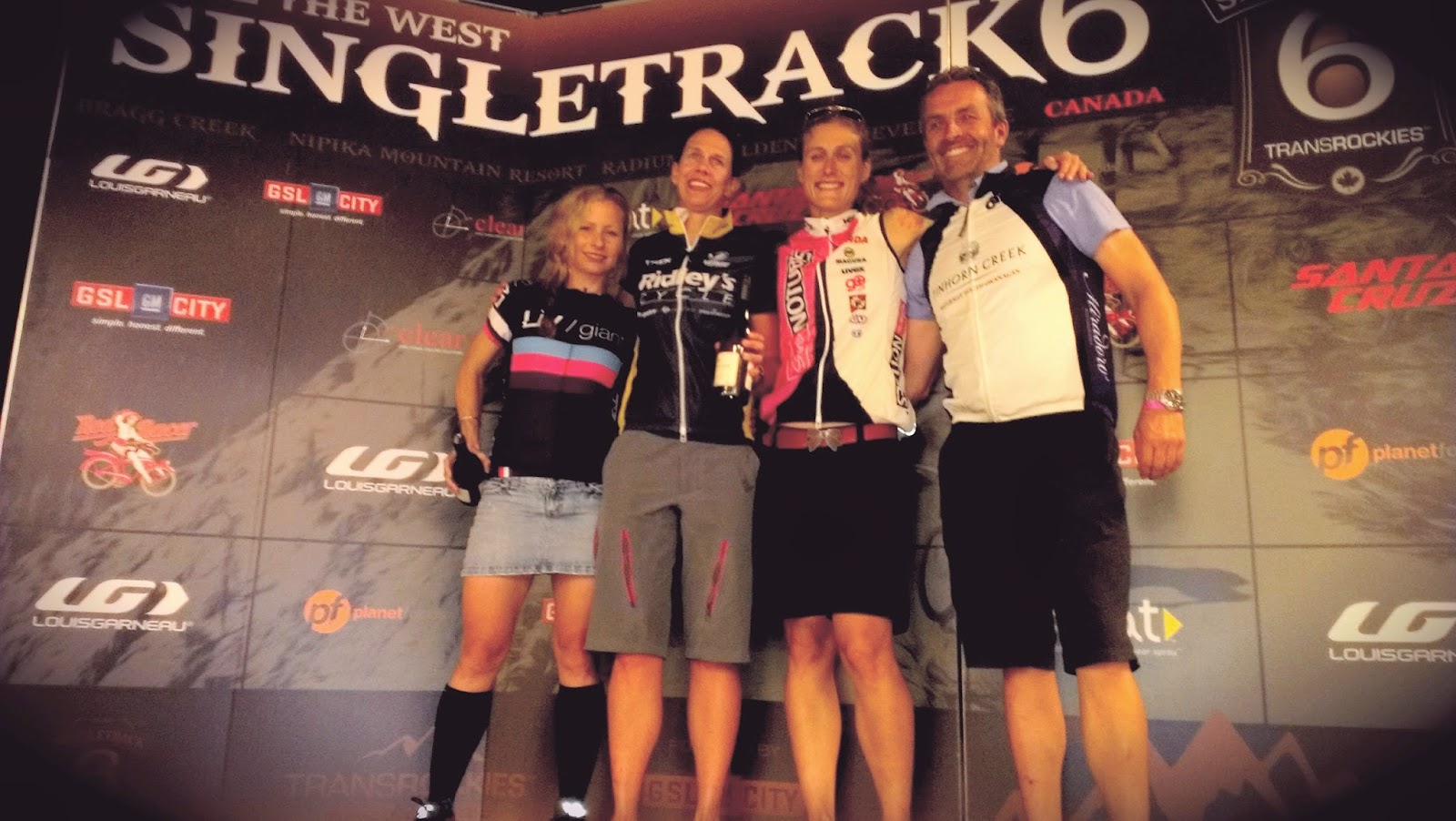 
Sponsors – a special mention to Giant Bikes for the Lust Dual Suspension.  In a race with this much climbing it’s always a tough call whether to cop the weight penalty but I enjoyed every minute on this bike.  It smashed through the most rough and technical terrain and has brought back a confidence to my riding which has been missing since my injury.  My ass thanks you.  For The Riders for another expert gear preparation – mechanicals = nil.  Shotz Nutrition for their electrolyte tabs and gels which fuelled me over the 6 days – you guys really need to get into the Canadian market!  Ride Mechanic and SRAM – flawless drivetrain performance in dusty conditions.  Oakley – the Radars were perfect for the darkest trail and the most exposed ridgeline.  KWT Maxxis - Ardent Race on the front, Ikon on the back.  Sweet as! 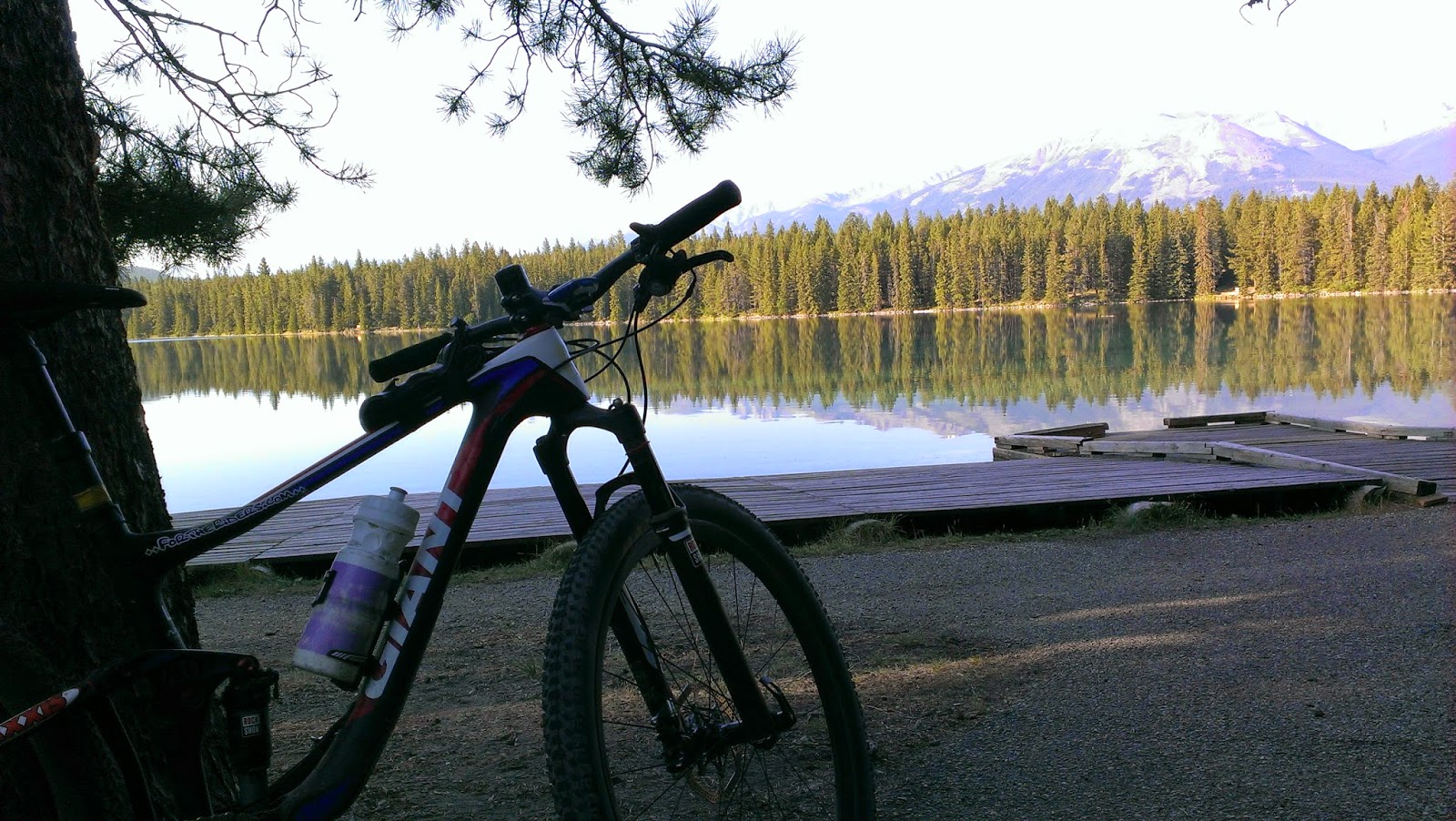 The most difficult thing I do - capturing the scenery while attempting to make the shameless product display seem casual
Posted by Jodie Willett at 9:41 PM 1 comment: