It’s interesting observing how some people respond to tough conditions.  During a 5 hour event the lower racing intensity allows people to voice the thoughts which come into their head.  Apparently a lot of these thoughts are single words starting with ‘F’ when it’s the Flight Centre Epic course after a dumping of rain.  The highly fertile soils of the Lockyer Valley spell death to drive trains once mixed to the consistency of super glue.  There’s only so much which can become attached to a tyre before the wheel refuses to move through the frame.  So yes, the conditions were tough.  While walking up one of the many hills a guy behind me threw in the towel saying he would rather forfeit his entry fee than invest in replacement parts for his bike.  I wondered aloud if he was really familiar with the concept of mountain biking.  You see, there’s usually dirt involved.  Sometimes, that dirt is wet…
Aforementioned 'wet dirt'. Photo credit: James Downing


One of the most psychologically damaging things people can do during a race is imagine that everyone else is having an easier time.  I was asked afterwards by a competitor how I got through the muddy sections, as if I’d secretly been provided with experimental Teflon-coated running gear.  Umm, no, I stopped at the top of every hill and scooped mud out with my hands, like everyone else.  I just didn’t waste time or emotional energy bitching about it, because I knew everyone was in the same situation.


There were others who were having quite poor luck.  I rode with one of my PCS clients, Alex Sheppard, who was on an absolute blinder.  I’ve never been so happy to see someone ride away from me, but was equally devastated to pass him later fixing the first of two flat tyres.  He ended up off the podium by a tyre width.  Jason English had a massive lead on the field and was looking good for overall victory and a hefty pay-day until his rear derailleur came off.  He enquired about my knowledge on single-speeding a chain but without Youtube I was helpless.  Tour de France legend Robbie McEwen was nailing the descents but every pedal stroke sounded like a scream for help from his seizing chain.  Eventually he poured a can of Coke over it just to make the screaming stop. (*note: Apparently Coke is a poor substitute for chain lube).


After being hit by a careless driver 10 days before and sporting some serious bruising in the tail-bone area I wasn’t sure I could make it through the race.  I had to clench teeth just to take the pain of sitting in the car for an hour to get there.  Along with the mud, getting attacked my magpies on-course, tired legs, a fire at one point, my normally aching back and now this deep sickening pain that started an hour into the race, the inevitable thought crosses my mind: “what the f##k am I doing?? Oh yes…winning…I’m winning…must keep going.  Why the f##k do people who aren’t winning do this??”

Then I try to think of things which are worse than what I’m currently going through.  That really wet Epic around 2008ish where we rode through the black soil.  Now THAT was mud - like ‘no point in riding, suck your derailleur into your spokes’ mud.  Breaking my wrist and not being able to ride at all – way worse than half a day turning the pedals on the MTB.  I passed Brendon ‘Trekky’ Johnston having a bad day with wheels failing to turn.  The first time I met that guy he was diagnosed with cancer just before World Champs in Canberra.  He postponed his treatment so he could ride the XCO and fulfil a dream.  So I had a bit of a sore ass – that’s way better than cancer.  So I metaphorically dried my princess eyes and kept going.

It might not have looked like it but that was one of the toughest battles I’ve had to win my 6th(??) Flight Centre Epic.  Turning up with no idea what my body was going to do, with a lot of people expecting me to win I just kept repeating one thing: no matter how much it hurts, don’t give up.  While I know I should be moving into a ‘forgiveness’ phase, all I can think is that the damage to my body just made an incredibly tough event even harder.  So to the lady who hit me (and didn’t stop), I’m still stuck at “Screw you”.  Even though the usual elite female field was absent, there is no way to just cruise through the Epic.  It’s a mega day out on the bike however you approach it, and I have no way of knowing how far back my competitors are, or if I’m going to need some time up my sleeve to fix a mechanical.  My race plan is, and always has been, to get to the finish line as fast as I can.
Now to do go through it all again this Sunday at the Kowalski Classic!

Thanks to Fleur and Hayden Brooks for organising another super event.  And as always the people who make it all possible: Liv (Giant) Bikes, For the Riders, Ride Mechanic, Shotz, Oakley, NS Dynamics, KWT-Maxxis. 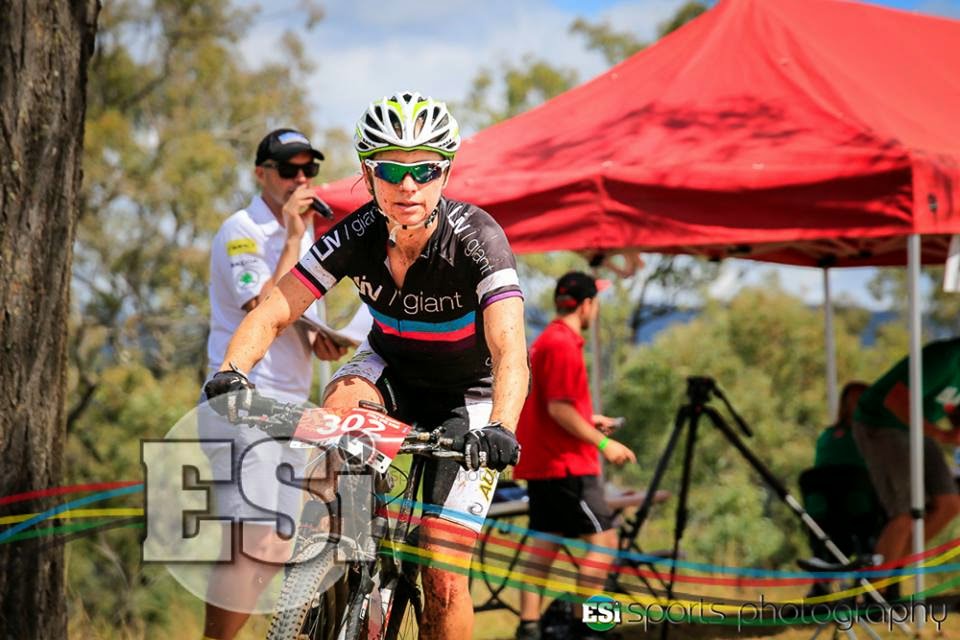 Posted by Jodie Willett at 5:04 AM No comments: