I'm hesitant to blog about an XCO race. They're often not the most inspiring things. We go to some obscure town, ride a bunch of 5km laps to practice. Then ride a bunch of faster laps to race and leave. And they hurt. If you race them properly, as hard as you can, they hurt in a way few races do.

In my job as National Development Coach for MTBA (otherwise known as 'the best job in the world') I am lucky enough to spend me time taking young riders to the National series XCO event. For some, it's their first time racing at that level. So last weekend I was in Bairnsdale (obscure town) with five young riders from Perth, Townsville, Hobart and Brisbane, inducting them into the ways of the XCO racer. I had not planned to race as evidenced by the facts that I had spent the previous weekend demolishing a kitchen and worked some 18 hour days to get everyone to the start line. But the juniors were so excited to be there and that made me remember the days when I used to be excited too. This is the pinnacle of racing in Australia and it used to give me goosebumps just lining up. When did I get so cynical about being there?

In previous years I'd been obsessed by training in exactly the correct way and wouldn't dream of lining up unless all the specific efforts had been done. Now, I lined up with a vague recollection of what an interval session was, a lot of miles of running and paddling logged and a proper job. As usual, I was a little fatigued - more from life than training. But it's standard that I stand on a start line having done too much - rarely too little. I suspect this is the case for a lot of elite riders. The major difference from my more serious years is the proximity of my age years to 40. I am actually eligible to ride Masters this year. However I think if you can still mix it in the Elite category, sand-bagging in Masters is frowned upon. When I see Gunn-Rita and Alan Acquarone still contesting in the premier category, I don't think that simply being 40 is justification for dropping down categories.

Has it changed the way I prepare? In some ways. With less time, I have to be smarter about my training. There's far less loitering at the coffee shop. My god I used to waste so much time there in my semi-pro days. Going to races is my social outlet now and I'm saving a fortune in lattes. Knowing my body and what it likes is another thing that comes with experience. Doing a lot of interval work hollows me out. Endurance and strength with a bit of racing seem to be the key. I'm not saying that this is the 'secret' to training for everyone. What I am saying is that riders are individuals and what works for one - be that lot of miles or lots of turbo sessions - won't necessarily work for another. A good reason not follow the training plan of your favourite pro cyclist. And masters riders really need to get to the gym to arrest the decline in muscle mass. This is why we get slower. Resistance exercise and increased protein are keys to hanging on to that watt-producing material.

Mental approach is something that many athletes neglect. My mate, James, asked me before I left for Bairnsdale what my secret was. I replied "Don't give a f**k about the result". Apparently he's using that quote in his book. It is in line with the concept of process goals. Follow the process in achieving all the small goals and let the result (the big goal) take care of itself. I've never looked at a start list. It's not relevant to the process.

Saturday's course was the less technical, but had viscous pinch-climbs throughout. This was murder on the cooked legs but I managed to finish with a silver medal which was far beyond my expectations. Backing it up with a 4th place on Sunday in the wet was solid although I'm disappointed I didn't ride more technically clean to be in the contest for 2nd again, only 20 seconds in front of me at the end. Tiredness and lack of wet weather riding did me no favours. 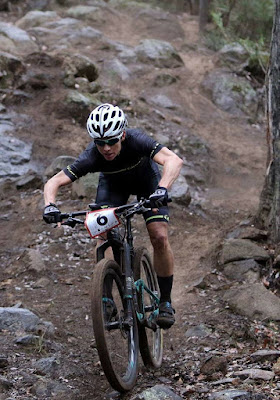 While it felt good to be back on the podium at National level, no, I'm not making a run at the World Championships or Commonwealth Games teams. The selection policy necessitates some lengthy travel to Europe to race and I know exactly how that story ends - get thumped by international riders and ending up with a huge credit card debt. Perhaps I can see where the cynicism started now... And that's even if I did qualify! After re-reading some of my blog posts from 2016, I also realised I'm having some amazing adventures that don't involve travelling halfway around the world to see 5 kilometres of track.

One of the things which has me excited in 2017 is the new Adventure 1 series. It is, essentially, the national series of Adventure racing comprising of a 24 hour race, 2 x 48 hour races and culminating in a 5 day non-stop expedition race. The first race, X Marathon, means I will be back in Bairnsdale next month. At least I know where the good pizza shop is now. Racing with Peak Adventure we have a fast team on paper and are hoping that translates to the race course. It's been months since I was skolling rice cream straight out of a can so I can't wait to get back out there. 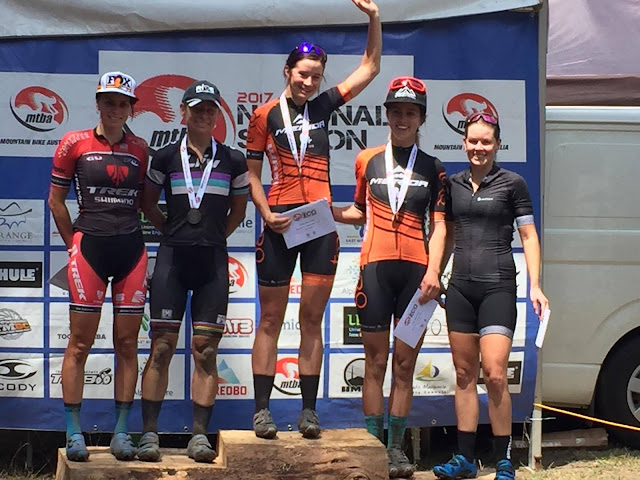 Posted by Jodie Willett at 3:54 AM No comments: