I woke up with that feeling that tells you that you did something quite stupidly strenuous the previous day. The date days my partner and I have don't usually involve relaxing lunches and Netflix. Well not unless we've crippled ourselves the day before and earned the privilege. This time it was 6 hours of snow shoeing. Brisk trekking because we have a habit of leaving things late in the day and not taking head torches 'just in case'. On previous occasions it's been knocking off a mountain route labelled 3-4 days in an afternoon. Or cycling an off-road trail that was never meant to be ridden and probably hasn't been walked in over a decade. At the beginning at all of these adventures, I'm well aware of how things will go. The first couple of hours will be about relishing the challenge. Insert rubbish conditions here: gale-force winds, snow, side-ways rain, extreme heat, fallen trees, missing bridges. These are mere annoyances and add to the ruggedness and feeling of taking on the wilderness. Some time around 3 hours things hurt, the challenge is now something fun that has gone on too long. An hour or two after than one of us will turn to the other, make a comment about 'type 2 fun' which will receive a grunt. Eventually there will be a problem - something unexpected which requires discussion about the approach. A track on the map which no longer exists, an icy river to be crossed, a flat tyre to be patched when one has left ones spare tube at the last rest break. This is where the 'fun' lives. Now I'm not recommending people go out into the wild totally unprepared. That would be life-endangering and foolish. What I'm saying is that there is a threshold between what I definitely know I can do and what I'm not really sure I can, and it's going to this threshold that makes me feel alive. It's perhaps a coincidence that this threshold often involves endurance events and hours of physical pain. 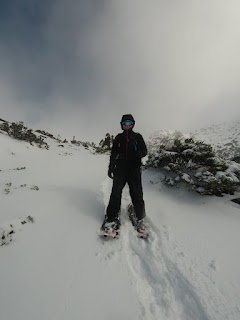 As this article points out, I may not be that uncommon. People are drawn to ultra-endurance events like Ironman, trail running and cross-continent cycling. That this coincides with mid-life, may be a response to the realisation of mortality, or a reflection that life is more amenable to putting in the hours these activities require once children are older and careers and relationships are more stable but perhaps less fulfilling. Given that more than half of the population are overweight or obese and even more fail to get the recommended 5 hours of physical activity every week I don't think that ultra-endurance events are really as popular as the article makes out. On reading it, many of the people referred to are in white collar occupations and possibly at the upper end of the median income scale. So it's not as if the Race Across America is going to be the next big fitness craze.

Despite this, I have several clients signed up for Croc Trophy, Cape Epic and 24 hour solo events. These involve suffering on a grand scale almost irrespective of how fast you intend to do them. Let's assume they will complete them as fast as they are capable. This will hurt. There will be times they want to quit. Why would they want to do that? Knowing the why is really important in successfully completing challenges. Challenges are things you aren't sure you can do. Doing stuff you know you can isn't a challenge. By that definition, doing a 10km continuous run can be a challenge if it's something you haven't done before. The reason that not everyone does 24 hour races is often because they just don't want to. They sound awful. I struggle with people telling me how inspirational we all are for doing these things which are quite pointless in the scheme of things. But if my 30 hour adventure race makes you consider that a 10km run isn't totally outside the realms of possibility, I'd call that a positive externality.

For people who can't imagine anything longer than a 45 minute boot camp session, it's difficult to explain what we get from 'going long'. The article above mentions submitting to the pain and that is definitely an aspect of it. There is a magical moment when you stop struggling against the feelings in your body and just surrender. You're stuck in the bush, miles from help so stopping is not an option. Giving myself no escape clauses is also an effective MO, which is why I disdain lapped races. You cease trying to calculate your pace and what time you'll get to the end. You forget there is an end. There is only what you are doing right now. You are totally present. That's surprisingly difficult to achieve in the normal world. 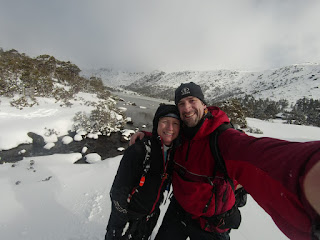