Despite living in a freezing cloud for two days, the forum was a worthwhile experience and I came away feeling some excitement for the future and also a new appreciation for the hard work of people behind the scenes. Each of the speakers and workshops offered some insights and tips for those working in various roles in government, private business and clubs. The messages that really stuck with me are:

1. These things don't happen over night - Although it seems as though developments like Bike Park Wales, Maydena and Queenstown just spring up the actual timeline from concept to construction is a lot longer than most people would realise. Most of these developments take 5-10 years from the time someone says "Let's do this!" to when the first tyres runch on dirt. During that time there will be set backs, seemingly insurmountable red tape, thoughts of abandoning the entire project and small mental breakdowns by the proponents. When they hear people say "wow, that happened quickly" they must want to stab them.

2. Not everywhere can be Derby - While the conference focused on big developments that, in some cases, revived a whole town, in reality not every venue can, or should, aim for something of that scale. For every 100-kilometres-of-trail 'destination' development we need ten smaller 'long weekend' type developments and probably twenty 10-20 kilometre trail networks where people can ride every day (my figures). There was some concern in the room that, with all the new developments that there may be more trail than riders. That supply is outstripping demand. Where are the riders coming from? My answer is that they're coming from the kids that can ride trails after school. The working people who can do a quick lap around the local track after work. People don't learn to ride at Maydena. They learn to ride on the trails close to them and this fuels the demand for the bigger destination trails. It was great to see representatives from Hobart and Glenorchy councils and I hope they walked away with an appreciation of where local trails fit in the big picture of mountain biking.

3. Maintenance is a barrier to approval - The biggest question mark over new trails is planning and budgeting for ongoing maintenance. This is an argument I have heard many times - everyone wants to build new trails but no one wants to maintain this. Relying on volunteer labour is no longer a working model. The world-famous Queenstown trails are almost exclusively volunteer built which is unbelievable given how much venue they generate for Skyline who operate the uplift. While this is not a totally one-way relationship with the company cleverly boosting club membership numbers, it does create an issue due to volunteer burn-out and the constant battle to raise money for more trails and equipment. It is surprising to hear the Queenstown club struggles to get people who want to build trails. But there is a theory that having trails has become normalised for the residents and an attitude that the 'trail fairies' will continue to provide. In contrast, the government funded Warburton Trail Development has budgeted on $400,000 of maintenance per year for the life of the tracks. This is the value the council has placed on benefits the trails will bring to the community.

4. Application of a user-pays model - Private parks such as Maydena and Wales obtain revenue from entry, uplifts, food and beverage. The model makes logical sense. Public parks like Warburton and Derby are in a totally different position. Millions of dollars have been allocated to development of these parks despite no direct financial return which speaks volumes for their ability to put a proposal together! Return on investment from projected visitor numbers and average spend can be assumed from analysis of other similar developments. However many of these have a 'public good' component in encouraging healthy lifestyles for the local community. This is harder to account for and is the basis for smaller developments in the community. With limited funds, how do councils know that their money is best spend on a mountain bike park rather than a skate bowl or walking tracks? Although there is a lot of evidence that access to cost-free (apart from the initial bike purchase) physical activity can enhance public well-being, the return from that particular investment is less able to be ascertained. In the scheme of things, mountain biking is still a small sport in comparison with other more traditional sports. Even though, in our circle, it feels like 'everyone' does it.

Thanks to Maydena for organising a great event and for the Hobart YMCA for assisting with my attendance. It's an exciting time for mountain biking in Australia and I love assisting people to enjoy the sport and live active lifestyles. 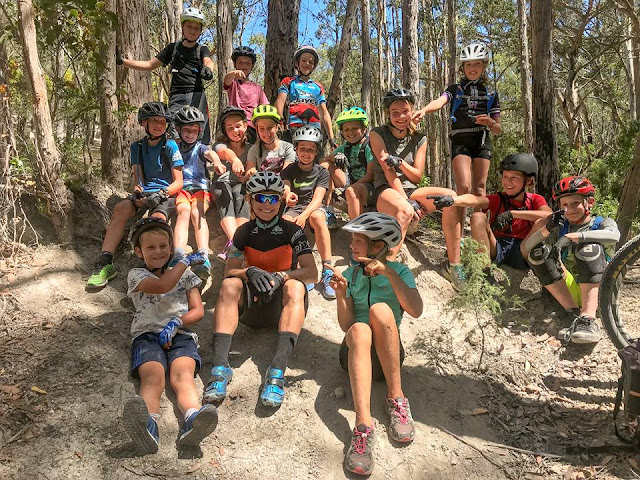