A week before my bike was stolen I'd decided to start running again. I don't think I have any clairvoyant skills but it did help me deal with the loss of a machine that has brought me so much joy and shared so many adventures. So, why running? Because it's simple, requires no equipment maintenance (although the body maintenance tends to step up a notch) and it's really hard. I've done a lot of hard things on the bike. But being on my feet for hours on end is a challenge I've never quite got across. I used to race half marathons and thought that was a long way. I've done long treks during adventure races. But I've never run a long way and tried to do it as fast as possible.  I used to want to race marathons. But after feeling the wonder and freedom of the forest, I can't face 42 kilometres of asphalt. I contemplated entering the 100 kilometre Gone Nuts but decided to be semi-sensible and have chosen the 50k edition so, essentially, I'm only half nuts.

After an easy hour run during the week I wasn't crippled (that's my threshold for most things). So I headed out on a longer Sunday run on the mountain. Starting at the brewery, up to the Springs, across the Organ Pipes and back down. All on trail. My cardio fitness is quite good, as I expected from all the bike riding. But my muscles, ligaments and tendons have lost their trail running adaptations. It is very true that if you stop using it, you lose it. Determined not to overdo it, I kept below 75% of my maximum heart rate which meant walking up a lot of the hills. It was a lot of fast walking which is fine for a first long run in a while. My down hill running is average at the best of times and downright appalling right now. Weak, floppy ankles one poor placement away from snapping. Unstable knees and misfiring gluteals that won't guide them straight. And I trip on things - a lot. So much so that I need to wear gloves for the inevitable dirt superman move. Elbow pads probably aren't a bad idea either. Have I mentioned the two days of DOMS afterwards?

The last time I ran those trails they were covered in snow. Today they were packed with families enjoying the warmth and an unusually clear view across the city. No snakes today but I've packed the first aid kit which is essential for summer running on the mountain in Hobart. John's doing aboriginal cultural awareness training at work and tells me the first nations people just used to sit still under a tree for three days after snake bite. I had to clarify that we wouldn't wait that long to come looking for me.

I wanted to share my goal and my 'return to running' experience for a couple of reasons. Firstly, sharing a goal publicly gives me accountability which I've been lacking lately. Even writing this article makes me more motivated to do the work now. It's important to focus on the PROCESS of preparing for the event. Accountability isn't just about turning up on the day without doing the required preparation. So the process goals will include running to work and back twice a week and doing a long run on the weekend. On the other days I will continue to ride as alternating running and riding gives me the best chance to stay injury free. My intermediate celebrations will be my first 4 and 5 hour continuous runs and a PB to the top of the mountain.

The second reason is to share with others the experience of starting or restarting a new activity. Yes, I'm a fit, active person. But that doesn't mean I can just bound out the door, after not running for a significant period, and be 'naturally good' at that activity. Starting anything for the first time, or first time in a long while, requires a plan for logical progression. Intermediate goals give little rewards along the way to the big reward - running in a beautiful place with a bunch of like-minded people and celebrating our achievement at the end. If you're thinking of starting something new - exercise, eating better, new career - expect that it will involve some pain, initially. This doesn't mean it isn't worth doing. But you will increase your chances of success if you expect the discomfort and have a plan to deal with it. And remember to include intermediate goals along the way and celebrate them. Any move forward is worth celebrating.

Have a great Christmas and see you on the trails. I'll be the runner with the gloves and elbow pads :) 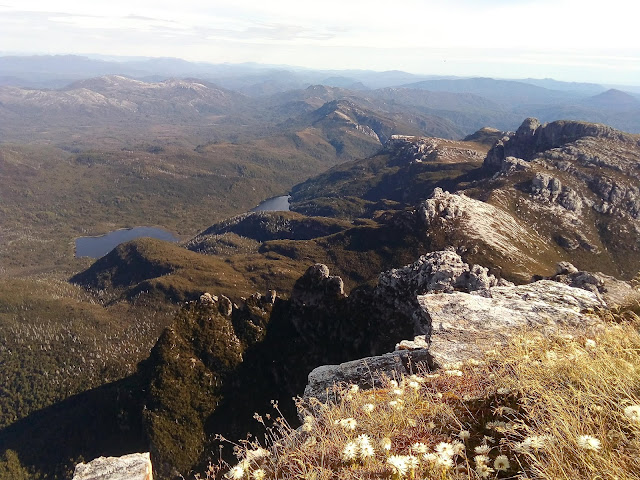 Posted by Jodie Willett at 1:34 PM