Still scarred by the ordeal that was the first National Round for 2012 I decided to give the format another go, this time in Mount Buller. What swayed me? The reputation of the trails as ‘must ride’; the fact that there would be no ‘Eliminator’ format which was a massive time-waster in the previous round and a desire to learn more about what is really wrong with Australia’s supposedly premier racing series.

I’ve spent a lot of the weekend listening to people’s reasons for attending this round and also a lot of the complaints and compliments. I can’t vouch for the sample size but it seems consistent with what others have shared on social media. So let’s break it down…

1. Interesting trails – The authorities at Buller have obviously invested heavily in their trail network and are now working hard to recoup that money. Events such as Bike Buller have enabled many recreational riders to sample the trails and they have voted with their feet…er…wheels…?

2. Location – MTB in Australia is still very Victorian-centred. Why is this? I speculate it’s because they have a government that is receptive to trail access improvement and developing networks. They also have mountains – big ones. A race in Victoria is guaranteed to attract more people assisted by its proximity to NSW. Being able to stay ‘on mountain’ and within riding distance of the race start is also a massive advantage over other events.

3. Ride time – If you’re being slugged $170 for the weekend (no, this is not a misprint) then you expect a fair bit of race time so the hourly rate becomes reasonable. As an elite rider this round was a definite improvement on the previous round with a Super D of 20+ mins, the XCO of 1 hour 40 mins and a XC Enduro format of a similar length. Compare this with less than 7 mins of racing in Perth in the ‘support events’ and Buller was a hands down winner.

BUT (and there is always a ‘but’), why the hell Masters and Super Masters riders would travel the length of the country to ride 1 or 2 laps as their ‘regulation’ XCO is beyond me! The Masters mens category was won in 37 MINUTES. How is this giving riders value for money, which has been the catch-cry of MTBA thoughout this experiment?

The stage which prompted the most debate would have been the Super D down the Delatite trail. Not technical per say, but as a loose steep fireroad the speeds were such that when things went bad, they went really bad. The body count stands at 3 that I know of, all admitted to hospital for x-rays, observation after concussion and in one case plastic surgery after a spate of facial injuries. As National Coach Chris Clarke said to me, it was up to each rider to judge how fast to ride this stage, which is a fair call. The feedback I received was that this event should have been scheduled for later in the weekend. Many people did not turn up until Friday and so only had one practice run before their race run. As XCO is still regarded as the main event by the elite riders there was also a risk of tiring yourself out for Saturdays event, or crashing and putting an end to your entire weekend. A Sunday scheduling for the Super D would have given everyone more practice time and perhaps a safer event.

Organisation, or lack of it, is still the biggest criticism of the series. In our bag of goodies from rego ($170 and no water bottle??) there were two flyers with the race schedules, however each was DIFFERENT with conflicting start times for events creating uncertainty and a general ‘here we go again’ attitude of riders accustomed to the adhoc management of these events. MTBA officials have complained of riders’ tardiness to start lines and the headaches it causes them. I would say to them that THEY ARE SETTING THE PRECEDENT. When events and presentations rarely run on time this becomes the expectation of riders who then build this in to their schedule actually expecting the event to be a shambles. Riders not being able to get a straight answer about some aspect of the event because the rules are being made on the run does not make for a professional event.

And how many times do we have to be dragged through the saga which is the Presentation ceremony? I’m not a software expert but was really impressed with the onlineresults.com.au website showing real-time race results – fantastic system! Just a question – if I can see a riders lap times as they are happening, why does it take an hour for a MTBA rep to get a printout to work out the final placings for the weekend? And then get it completely wrong and award prize money to the WRONG RIDERS and send the rightful winners away empty handed wondering what went wrong. Not good enough!

It’s time for MTBA to decide if this is a stage race or a series of individual events. If the latter, then do presentations and prizes for each individual stage straight after its completion and forget about the GC. If the former then dispense with the stage presentations (everyone can check them online and Facebook their results) and focus on getting the GC results correct and start instilling some confidence in your paying customers.

(Footnote: For the record, I finished 2nd for the weekend and had a lovely time.)
Posted by Jodie Willett at 2:01 PM No comments:

Training camp and the New Year 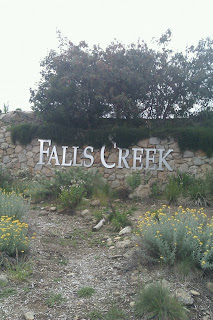 Sweltering away in Brisbane humidity the drier, near perfect climate of the Christmas training camp seems a lifetime ago. Why a training camp? Well everyone else seemed to be doing one and I had camp-envy! I’d been considering one for a while as a chance to get out of the CBD for some long uninterrupted riding and prevent staleness caused by the rut of riding the same roads and trails day in, day out. Being away from home you’re also less tempted to indulge in work or spring cleaning so it gives your body a chance to recover and properly absorb the training.

Mount Beauty fit the bill perfectly with its access to the climbs of Falls Creek, Mounts Hotham and Buffalo as well as some very handy singletrack. MTB identities Paul and Neil Van Der Ploeg and Tori Thomas also hail from here meaning it punches above its weight as a breeding ground for cycling talent. Meeting Matt and Laura at a race in Langkawi they generously accommodated me and allowed me to abuse their coffee machine for five days of epic riding. The highlight being the New Years Eve riding where I demanded I be bleeding from my eyes and groveling home. It took 173km return to Dinner Plains and 3200+ of climbing but it was ‘mission accomplished’. Turning out to be quite the adventure it began with one of the group breaking a collar bone descending Tawonga Gap and ended with me running out of water and having to refill at a mountain stream (better than tap water I tell you!). I have no idea how I made it to midnight but the impromptu Limbo comp at the Van Der Ploegs has confirmed that I have zero lumbar flexibility these days.

After a recovery week I am back training and working into the higher intensity intervals to develop speed for the block of racing in February and March which consists of National Champs, Oceania Champs and a World Cup. It’s nice to see the numbers on the Garmin looking better each week as the red-zone becomes more familiar. It sounds sick but I actually love ergo sessions – or at least love what they can do for my form. The key will be not to over-do it and to make sure I turn up to the start line fresh.
Posted by Jodie Willett at 2:11 AM No comments:

(In response to this article http://www.cyclingnews.com/news/hosking-to-apologize-for-remarks-to-mcquaid)

Hosking’s comments are born of a personal frustration and I don’t believe are helpful to women’s cycling. She should be putting forward reasons FOR a minimum wage not launching profanities at a single person in Pat McQuaid, as he is not the only person complicit in retarding the growth of womens’ sport. This situation is not specific to cycling, or indeed sport, and is a reflection of a society which is still coming to terms with gender parity across the board.

Being paid to ride a bike is, in my view, very much a privilege, not a right as many cyclists (male and female) seem to think it is. We are in the entertainment industry, not saving starving children or curing cancer. Demanding to be paid is like petitioning for a minimum wage for balancing a ball on your head – its only valuable if someone is willing to pay to watch it.

Despite that, the positive spillover benefits of cycling and sport should be used as grounds to trial a minimum wage or basic funding, to produce a high grade competition that will hopefully then be seen to be worthy of increased corporate support. For young women to see cycling as a viable career is the best way to grow the sport and create role models as the Cadels, McEwans and O’Grady’s have done for young boys.

Cycling has been used to great effect to promote causes such as Cancer research funding, Depression Awareness and Child protection as well as general health and well-being in the community. For cycling to lead the way in supporting womens’ sport would demonstrate the power of the sport to change the attitudes of society instead of merely reflecting them.
Posted by Jodie Willett at 11:41 PM No comments: